“The raster, a motif appearing frequently in the arts since the 20th century, often also the subject of an image in its own right, stands for regularity, order and impersonality. The raster is an anti-hierarchical system, or, as Sigmar Polke defined it for himself, “a method, structure. It deconstructs, disperses, orders.” By the same token, the raster, however, offers the possibility of causing irritation or disturbance through deviation or breaks in the structure. In Victoria Coeln’s work, the disruption of this system signifies the break-up of a strict logic. On the one hand, the diagonals interrupt the classical raster; on the other hand, the projection by several spotlights mounted on public poles causes movements and irregularities at the intersections. The disruption of logic means breaking out of patterns. […] Enlivening and breaking up the raster in Coeln’s artistic work can indeed be read as a form of social criticism. How rigid, how open is our society? Where do we draw our own borders, where do we expand our space? Where are borders crossed and spaces transcended? Who defines those who are defined by others?” (Kerstin Jesse) 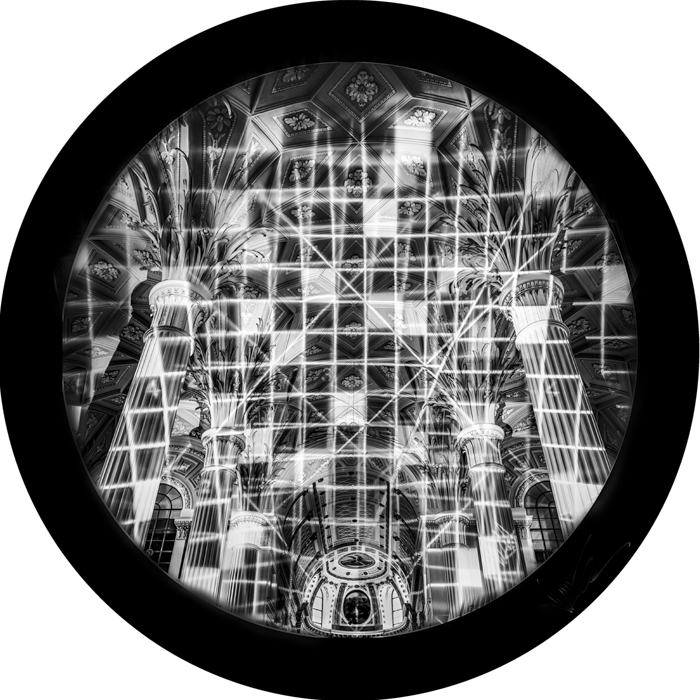 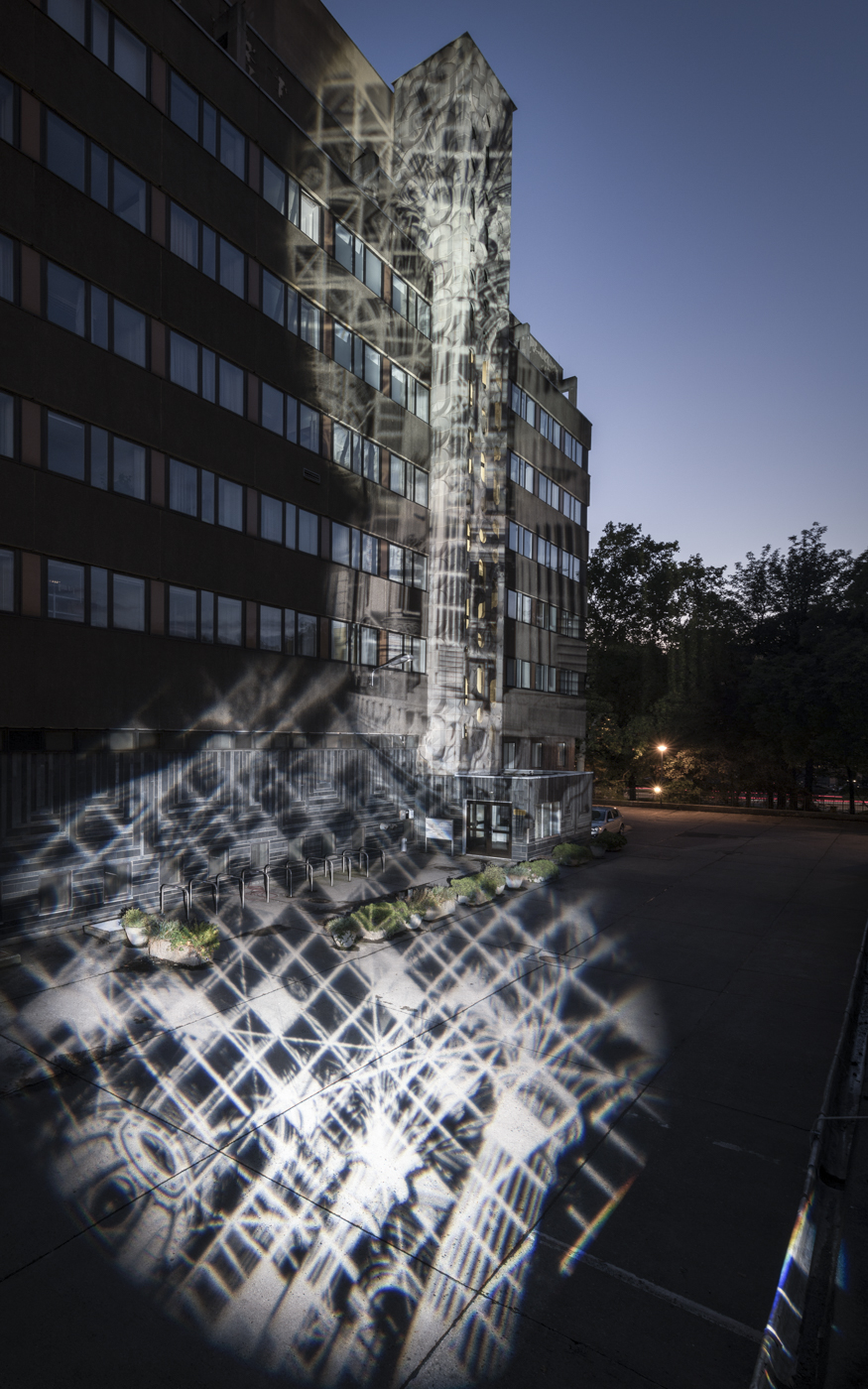 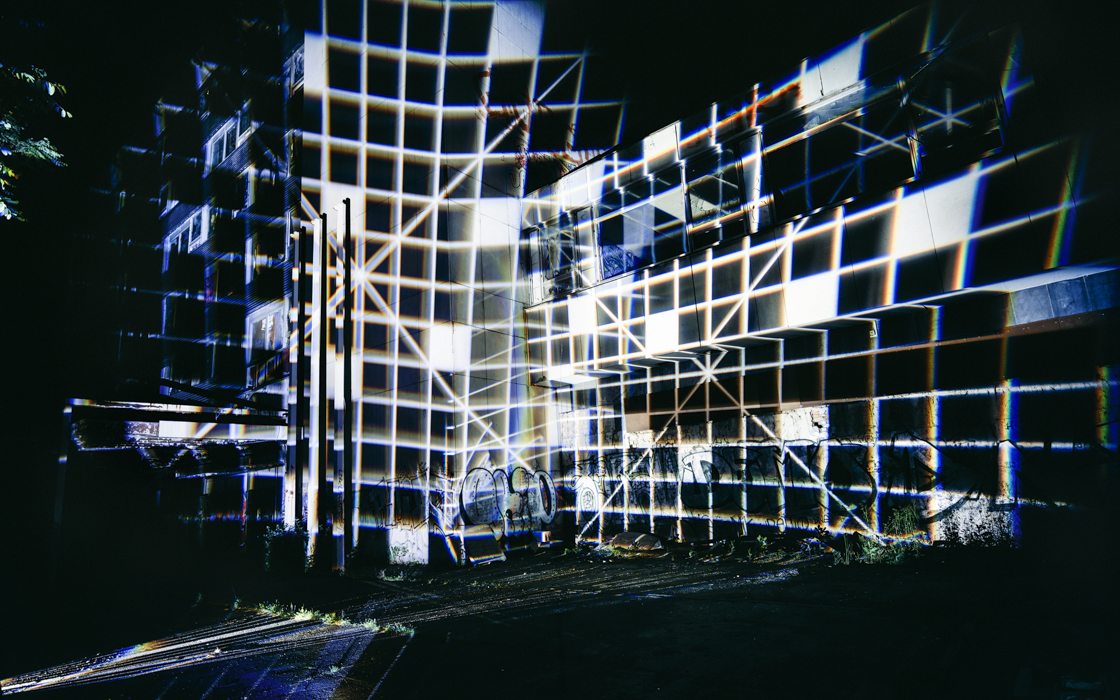 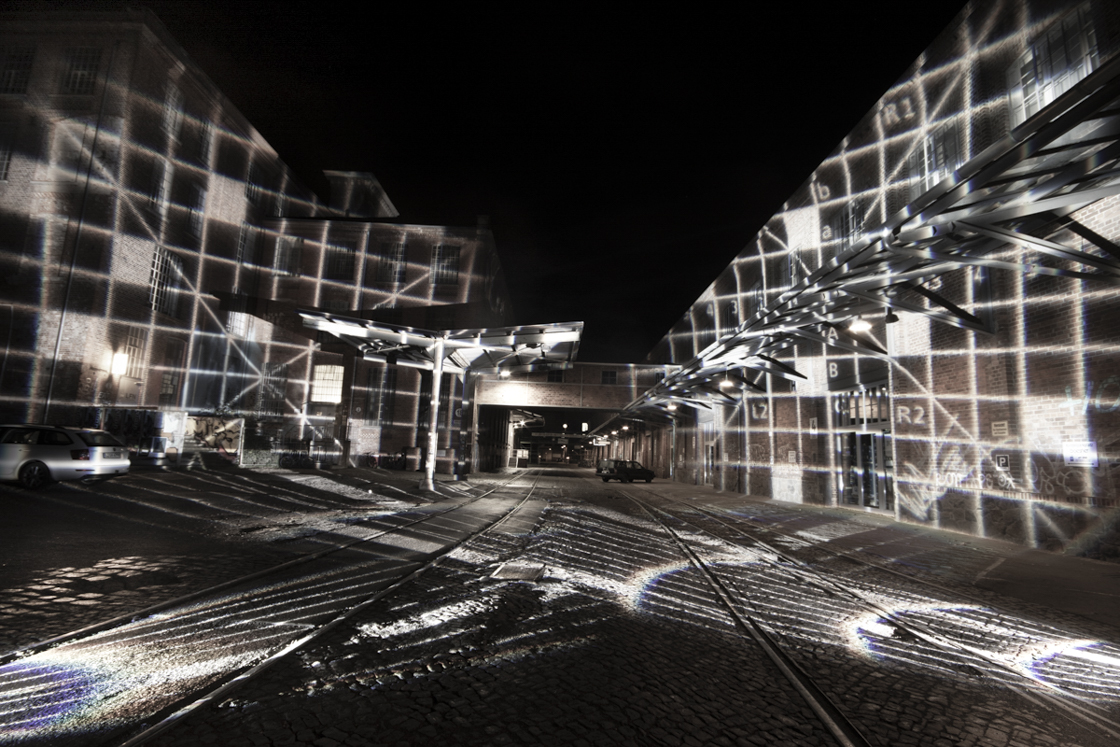 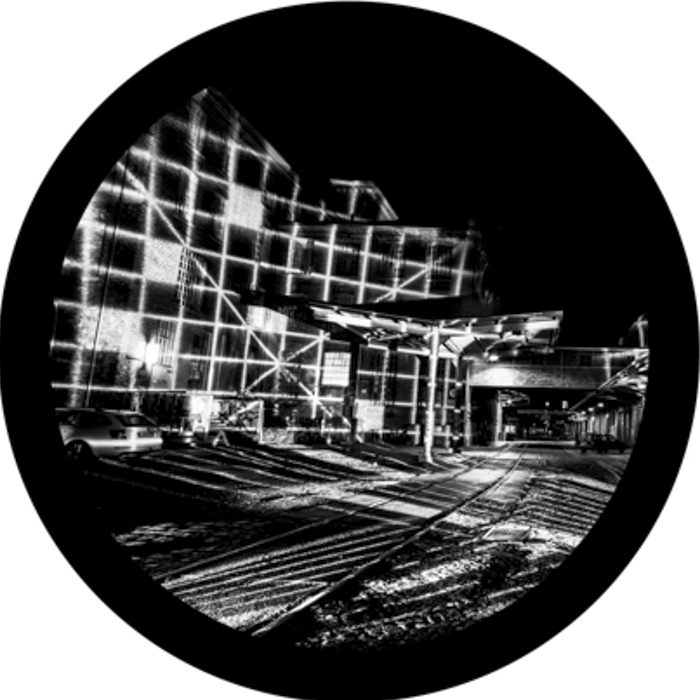 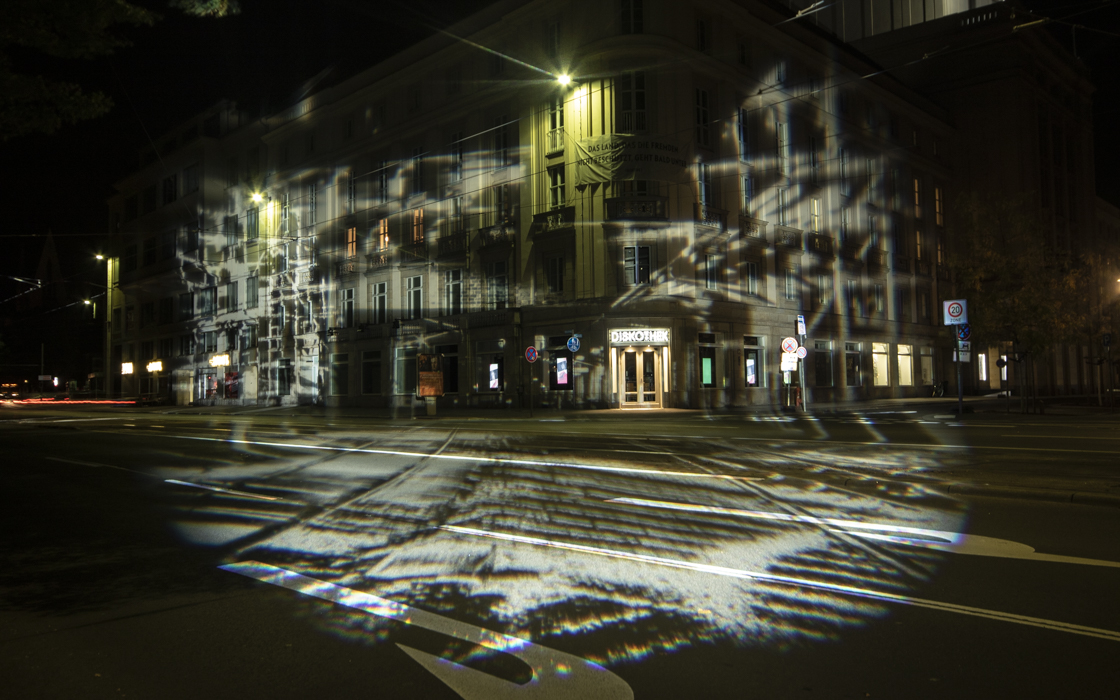 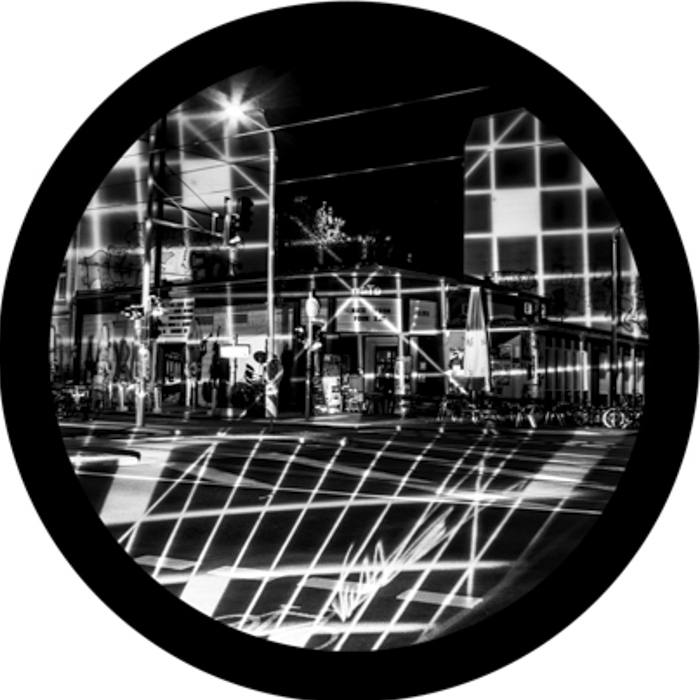 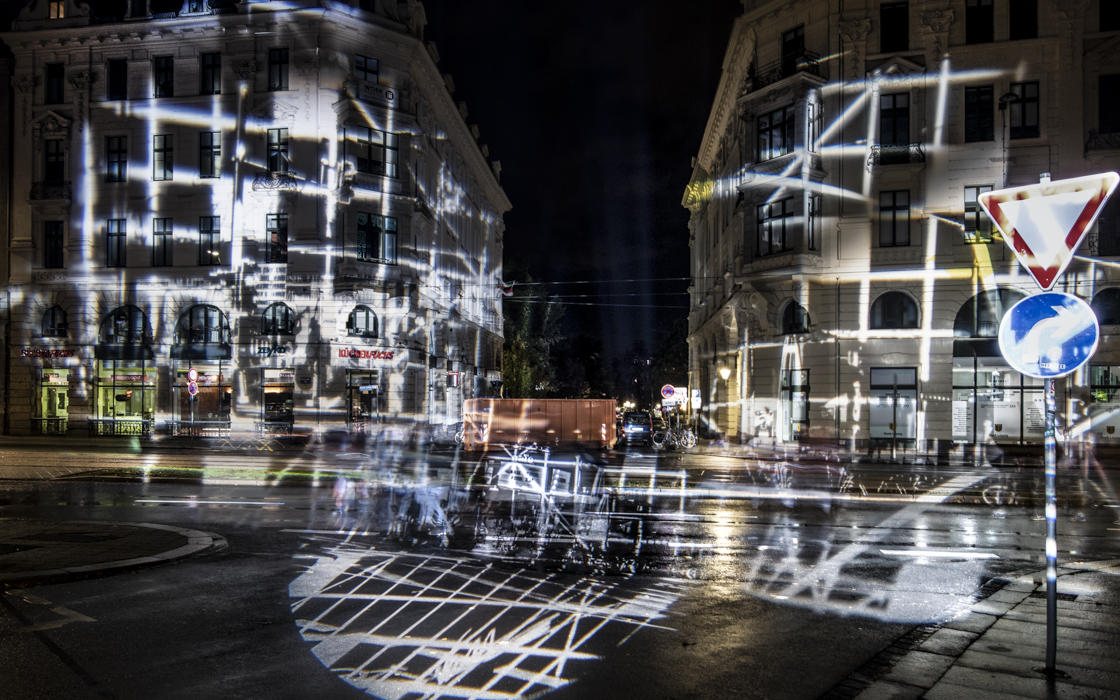